In 2013, a poll conducted by Gallup found that 87 percent of workers surveyed in countries all over the world were disengaged with their jobs. Only the remaining 13 percent stated that they were satisfied with their jobs and felt deeply engaged with the companies they worked for. Higher levels of engagement have proven, time and again, higher levels of employee satisfaction, a greater increase in productivity, greater company loyalty, higher profits, and better customer satisfaction. One of the best ways to increase engagement is to make sure that employees feel appreciated and that hard work is suitably rewarded both financially and in some other ways. Having a strategic recognition program in place is one of the most effective ways to get results and take advantage of the following three key benefits:

It shouldn’t come as any surprise that happy and motivated employees are better equipped to address customer concerns. Staff members need to feel that they have a vested interest in selling the brand and its products and services, while also offering impeccable customer support. Around 40 percent of companies that have adopted peer-to-peer employee recognition programs claim to have increased customer satisfaction. Many senior managers consider them an investment rather than an expense. People want to be rewarded for good work and they’ll be mentally far better equipped to face the monotony of modern corporate culture if they know there’s a good bonus and other rewards waiting for them.

While money is obviously the main motivator in almost any job, offering a pay raise isn’t the most effective method to hold on to employees. In fact, studies have shown that about half of employees leave within two years after accepting a raise, a statistic that clearly indicates that salaries and job satisfaction don’t always correlate. Often as important is employee recognition, which has proven to lower turnover rate significantly. Employees who are widely recognized and rewarded for their work are about 30 percent less likely to leave the company. Other benefits include increased happiness and productivity and reduced stress and frustration levels. A lower turnover rate also saves money, since a direct replacement can cost up to half the previous employee’s annual salary.

An employee recognition program is all about clear communication, transparency, and having a solid rewards-driven system in place. Such a strategy leads to greater employee engagement, since it makes members of staff feel like they’re a part of something bigger. An employee who has a vested interest in the direction the company is heading will be genuinely concerned about the day-to-day operations of the business. By contrast, someone who counts themselves in the 87 percent of people who claim to be disengaged with their jobs will be more likely to sleepwalk through each workday while looking forward to nothing more than the paycheck at the end of the month. Additionally, the aforementioned Gallup survey showed that two-thirds of employees considered praise from managerial staff to be the top motivator.

There are many ways to implement an employee recognition strategy and most of them don’t require a huge investment. Some of the most popular methods include publishing the company’s greatest achievers in email newsletters, using staff meetings as an opportunity to include praise, or preparing regular status reports. However, a more original and engaging employee recognition program might include an achievement- or score-based system complete with rewards and prizes for top workers. 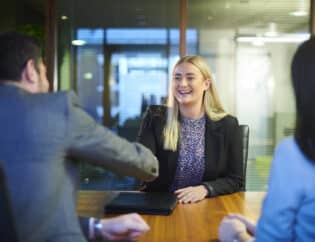 This website uses cookies to improve your experience while you navigate through the website. Out of these cookies, the cookies that are categorized as necessary are stored on your browser as they are essential for the working of basic functionalities of the website. We also use third-party cookies that help us analyze and understand how you use this website. These cookies will be stored in your browser only with your consent. You also have the option to opt-out of these cookies. But opting out of some of these cookies may have an effect on your browsing experience.
Necessary Always Enabled
Necessary cookies are absolutely essential for the website to function properly. This category only includes cookies that ensures basic functionalities and security features of the website. These cookies do not store any personal information.
Non-necessary
Any cookies that may not be particularly necessary for the website to function and is used specifically to collect user personal data via analytics, ads, other embedded contents are termed as non-necessary cookies. It is mandatory to procure user consent prior to running these cookies on your website.
SAVE & ACCEPT
How to Make Your Weekends Work for YouTips for minimizing workplace negativity