Because of the extensive media coverage of technology companies, and the perception that they are all founded by 20-something year olds, the perception could be that today most of America’s small businesses are owned by young adults. But is that true? Looking harder at data from the government and various surveys and research studies, it turns out that is not true. As of 2016, the median age of a small business owner is around 50 years old, per a Babson College study. Note that this accounts for traditional small businesses that have multiple employees and not those who only employ independent contractors or are “one-man-armies.” This should not come as a shock given that even though there is more financing and other resources available to start small businesses than ever before, it is typically middle-aged people who take advantage of the resources. This could be due to many reasons, such as more young people going to college to get bachelor’s, master’s, or doctorate’s degrees than ever before. Most young people focus on their school work instead of trying to split time between going to school and starting a small business that has multiple employees. The finances of most younger people are also typically not ready to own a small business given the other major expenses that typically accompany early adult life: a house, child expenses, new vehicles to accommodate growing families, etc.

When it comes to gender, the percentage of small business owners that are male is still in the majority (55%), per the same study, but there is a growing number of small businesses owned by females. The difference in proportion to begin with could be due to a variety of reasons, but one that is typically cited is that women have to take (at least some) time off from their professional life when they have a child (or children). Though there are more resources available to such small business owners than in decades past, this still has a huge impact when it comes to ownership vs a front-line employee due to the involvement and responsibilities of a small business owner. 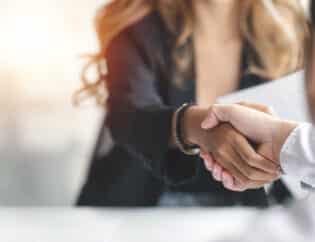 This website uses cookies to improve your experience while you navigate through the website. Out of these cookies, the cookies that are categorized as necessary are stored on your browser as they are essential for the working of basic functionalities of the website. We also use third-party cookies that help us analyze and understand how you use this website. These cookies will be stored in your browser only with your consent. You also have the option to opt-out of these cookies. But opting out of some of these cookies may have an effect on your browsing experience.
Necessary Always Enabled
Necessary cookies are absolutely essential for the website to function properly. This category only includes cookies that ensures basic functionalities and security features of the website. These cookies do not store any personal information.
Non-necessary
Any cookies that may not be particularly necessary for the website to function and is used specifically to collect user personal data via analytics, ads, other embedded contents are termed as non-necessary cookies. It is mandatory to procure user consent prior to running these cookies on your website.
SAVE & ACCEPT
Best Jobs For An OptimistFranchise Business Success Rate vs Non-Franchise Business