 Category Client
July 20, 2022
Hiring freelancers is not a new development in the business world. It has been happening for decades. What is new is the growing proportion of all employees (in America) which are freelancers, generally referred to as independent contractors. Why is the growing number of freelancers significant for recruiters? For recruiters to best be able to place candidates within hiring companies they need to be able to understand what the company is looking for and what the candidate is looking for and what their priorities are. Freelancers, for whatever reason(s) typically have different priorities than regular/traditional “9-5 employees.” This article seeks to increase understanding of freelancers.

Businesses like freelancers for a number of reasons. The first reason is that they are typically experts in their particular field/trade. Traditional employees obviously have a level of expertise in their field/trade, otherwise they would most likely not be hired in the first place of course, but freelancers typically have more years and/or further depth of knowledge than typical traditional employees.

Another reason businesses hire freelancers is that they typically save businesses money over traditional employees. Traditional employees are compensated via more than just their salary; they typically also receive health care benefits, retirement benefits, paid time off, etc. Businesses do not have to worry about the other forms of compensation beyond salary, though any smart freelancer knows to negotiate a salary that with those facts in mind.

Businesses love efficiency because it means getting the best value for their money spent. Freelancers help drive efficiency because since they are paid per project or task, they are incentivized to complete it as quickly as possible. There are typically no extra motivational factors to keep a traditional employee from stretching the same project or task across a longer time frame because “why not? It’s not like I’ll get paid more if it gets done faster.”

You can never have too much of a good thing, right? Well, in the case of freelancers, HR experts and consultants have seen a number of trends. They have seen companies that rely on a high proportion of freelancers to have a decline in company culture. Freelancers typically do not have much incentive to build up or participate in company culture if they know or think they won’t be working there in a few months or years. Companies also need to place a high priority in properly defining the project for which freelancers are hired to minimize quality assurance issues.

vamtam-theme-circle-post
 Category Client
Companies of all shapes and sizes outsource the cleaning of the office/workspace to a cleaning...
 Tags cleaning service
Read More 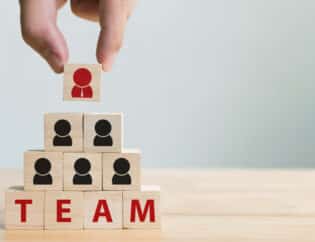 vamtam-theme-circle-post
 Category Client
Everyone fails because we are all human, but frequently we forget this and studies show...
 Tags develop your employees
Read More

This website uses cookies to improve your experience. We'll assume you're ok with this, but you can opt-out if you wish. Cookie settingsACCEPT
Privacy & Cookies Policy

This website uses cookies to improve your experience while you navigate through the website. Out of these cookies, the cookies that are categorized as necessary are stored on your browser as they are essential for the working of basic functionalities of the website. We also use third-party cookies that help us analyze and understand how you use this website. These cookies will be stored in your browser only with your consent. You also have the option to opt-out of these cookies. But opting out of some of these cookies may have an effect on your browsing experience.
Necessary Always Enabled
Necessary cookies are absolutely essential for the website to function properly. This category only includes cookies that ensures basic functionalities and security features of the website. These cookies do not store any personal information.
Non-necessary
Any cookies that may not be particularly necessary for the website to function and is used specifically to collect user personal data via analytics, ads, other embedded contents are termed as non-necessary cookies. It is mandatory to procure user consent prior to running these cookies on your website.
SAVE & ACCEPT
How to Disagree With Your BossShould You Verify Education for New Hires?